Feature: The "Iron Lady" playing concerto of rejuvenation with passion******

SHENYANG, Oct. 18 (Xinhua) -- After putting all her savings plus bank loans into the purchase of her former employer, a piano company, Zhang Xiaowen refused to think of the result if her business fails.

All she thought about was the afternoon in the summer of 2018, when she walked into the abandoned factory of the Baldwin Dongbei Piano Instrument Co., Ltd. amid a wilderness of weeds, tears welling up in her eyes.

"It couldn't just go like this," the woman said to herself. "I bet with my entire life on the Dongbei Piano. Life is short, and don't we live to do something?"

On June 20, 2019, Dongbei Piano Musical Instruments Co., Ltd. (Dongbei Piano) was inaugurated. It produced 3,000 pianos all year round despite a six-month suspension of operation due to the COVID-19 epidemic in 2020.

During the first half of this year, Dongbei Piano received orders of more than 300 grand pianos.

"When there are orders, there is hope," said Zhang, who is now chairwoman of the company.

Dongbei Piano was located in the port city of Yingkou, northeast China's Liaoning Province, where Zhang's career started 35 years ago. Upon graduation from a local vocational school majoring in piano manufacturing, Zhang and her 39 classmates were assigned to join the 1,000-plus workforce of the Dongbei Piano Factory in 1986.

"It was the best job you could get in Yingkou at that time," recalled 54-year-old Zhang.

Dongbei Piano, founded in 1952, once was among the largest piano producers in China, selling its products to more than 20 countries and regions.

Lorries coming to load pianos always queued; taxis lined up outside on payday; team leaders reminded their merry underlings not to have fun too late as they had to work the next day.

Zhang, ingenious and well-trained, stood out from her colleagues soon. At the age of 21, she became one of three among 100 workers who got a raise for their outstanding performance.

"We were not in the same workshop, but her name was often mentioned. I was not convinced at that time: can a young woman who just left school be so good?" said Zhou Xiong, 59, who joined Dongbei Piano in 1983.

Zhang was too busy to learn about Zhou's doubt. The company often called her to repair pianos for customers, and she never let them down.

"I've studied and participated in the whole process of piano production, from designing to assembling. I know what the problems might be," she said.

These trips opened a window to the outside world that fascinated Zhang. "I was surprised to see a woman driving a Santana in Beijing in 1993."

Eventually, she volunteered to shift to the sales department and was dispatched to Shanghai in charge of the eastern China market in 2001.

"I was greeted by bad news and good news. The bad news was I couldn't sell a single piano because our pianos were overstocked in the dealers' warehouses," Zhang said.

She visited the warehouses, examined the pianos, and found out the reason: due to the climate difference, pianos made in the dry north did not adapt to the humid south.

"The good news was I could fix them all."

Zhang traveled from one warehouse to another, repairing pianos. To root out the problems, she proposed improving the manufacturing process and got more rebates for the dealers.

By the third year, Zhang ranked second in sales in the company.

While Zhang grew from an apprentice to a model employee, Dongbei Piano underwent profound changes in its history.

"It was rewarding," said Zhou. "My masters at home told me how, and the Swedish masters showed me why."

"It's been a dream to produce grand pianos," said Guo Kai, 46. Guo is a piano designer who joined Dongbei Piano in 1998 as a university graduate.

The road ahead was never a smooth one for Dongbei Piano, however, with changes in market demands and challenges in business management.

Back then, the Chinese piano maker produced 30,000 verticals and 10,000 grands a year, making it the third-largest piano producer in China.

Yet, due to the sharp decrease of international demand before the 2008 global financial crisis, the heavily export-oriented Dongbei Piano fell on hard times.

As a result of China's state-owned enterprises' restructuring, Gibson Guitar Corp. of the United States acquired full ownership of Dongbei Piano in December 2006.

The new company was named Baldwin Dongbei Piano Instrument Co., Ltd. Laid-off workers struck out on their own after taking a lump sum in compensation.

Unlike those sad colleagues, tuner Zhang Yongqing had been longing for a new job.

"The traditional state-owned enterprise was like a comfort zone. I can imagine what my career life would be till retirement, nothing exceptional," said 50-year-old Zhang. He soon left for Dalian, a coastal city in the province, and worked as a tuner for a local musical instrument store.

Guo headed for southern China, then Germany, where he was the technology manager in a piano company for ten years on behalf of his new employer. He has never stopped hammering away at designing the best pianos.

Zhang Xiaowen was the last to leave. She stayed as head of the sales department till 2009.

She said she left because she did not think her beloved brand was cherished. "The good products were labeled with their own brand and the poor-quality products labeled as Nordiska. I can't accept that."

She went into the purchase and renovation business of second-hand pianos, then had a piano factory of her own.

The company stopped production in 2011 and went bankrupt later. The brand of Dongbei Piano was registered by others.

Zhang Xiaowen understood the value of brands while running her own business. She succeeded in buying back the old brand.

Then came her next chance. In November 2018, the Baldwin Dongbei Piano went up for sale with approval from the Yingkou city government.

"What she did was amazing," said Guo. "It will take years of losses before the company profits."

However, Zhang was confident that the old customers would come back, and Dongbei Piano would win back its international market share.

Good at sewing and tailoring, Zhang redesigned the Dongbei Piano labor suits according to her memory.

"They are my favorite clothes," she said.

Zhang Xiaowen was not alone in attempting to revive the glory of Dongbei Piano.

Designer Guo Kai was in, so were tuner Zhang Yongqing and sound source engineer Zhou Xiong.

The four of them have been colleagues for more than 30 years. They used to be pace-makers in their posts and often took the stage together to receive awards.

On August 25, 2019, the first upright piano, numbered zero, went offline. She kept it for a planned piano museum in the company.

Guo, the general manager and the chief designer of Dongbei Piano, was helping the company woo the market with quality products and creative designs both in finish and function.

"Our pianos are made of the best materials from all over the world," he said. "We are aiming to produce the best pianos in China."

Zhou Xiong was among the few people who supported Zhang Xiaowen's purchase plan at the very beginning.

"I had deep feelings for the old Dongbei Piano and wept at its break-up," said the 59-year-old manager in charge of production.

"Fame and fortune are no longer important. There is only one thing left in my life: to rebuild Dongbei Piano and make even better pianos," he said.

Zhang Yongqing was the chief tuner and manager in charge of marketing.

"The pianos we make today are the best that Dongbei Piano has ever made," he said. "But it takes time to resume our branding because it had been off the market for more than ten years."

To awake the brand of Nordiska and circulate its return to the market, Dongbei Piano has been participating in top international exhibitions in the industry since 2019.

In May, Zhang Xiaowen had a grand piano delivered to Boston, the United States, at the request of a potential customer. The sample piano was satisfying and brought Zhang an order of 100 grands.

"We'll catch up as long as we own the key technology and skilled workers," she said.

Piano manufacturing has undergone centuries' development in the West. The mature industry values the experience and skills of its workers, explaining why Zhang and her partners were confident about the future of Dongbei Piano.

The industry has been growing in China, where some 400,000 pianos were produced in 2020, showed incomplete statistics from the China Musical Instrument Association (CMIA).

"I'm not worried about the orders but the growing prices of raw materials and the shortage of skilled workers," said Zhang Xiaowen.

Although the prices of wood, iron, and copper have risen by 10 to 30 percent this year, the board of four insisted on not using cheaper alternatives.

As a grand piano consists of nearly 20,000 parts, many of which still have to be done by hand, Zhang had a new idea -- building a vocational school and training workers for the company.

Dongbei Piano occupies an area of 260,000 square meters, equivalent to about 36 football fields. It seemed large enough to house her aims and dreams.

"But first things first, we must survive," she said.

She managed to get a copy of Dongbei Piano annals from 1952 and plans to keep recording.

"People in the future might be interested in our story, that we did something to make a good piano," she said. Enditem 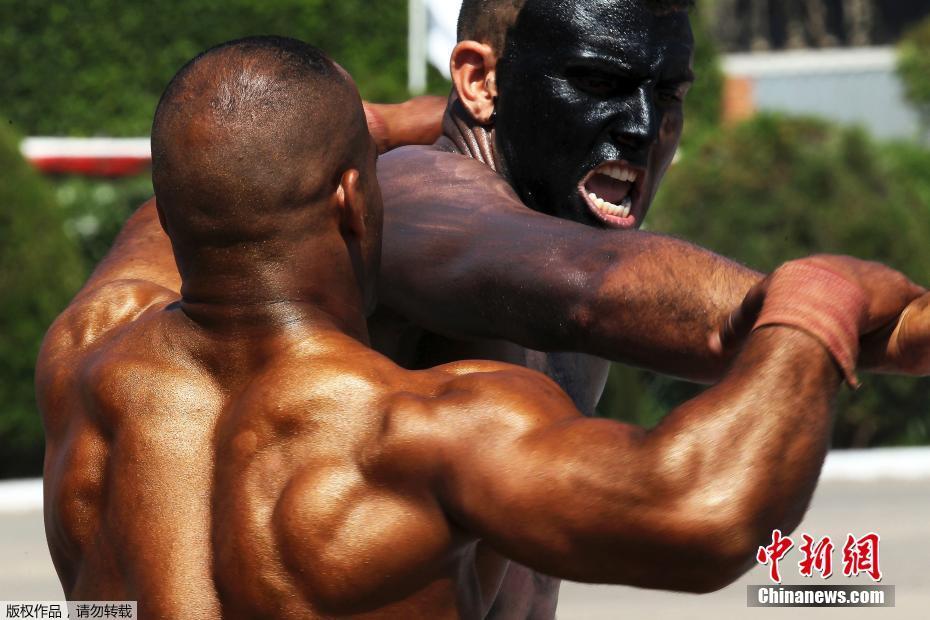 Shanghai ran away from Sichuan with a dominant third quarter in which they outscored 39-15 to enter the fourth quarter ahead 96-60.

Nanjing opened the game with an 8-0 run before Zhejiang bounced back to finish the first quarter 25-20. Zhao contributed 20 points from the bench to give Zhejiang a 57-43 lead at halftime.

Zhejiang built the margin to 21 points after three quarters and then never looked back. Enditem